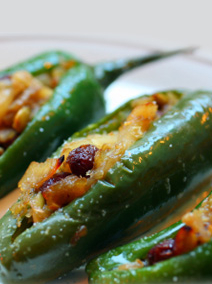 Preheat the oven to 400 degrees Fahrenheit. Remove the stems and core the jalapeños. In a mixing bowl, combine the cooked rice, black beans, garlic and spicy jalapeño mustard and mix well. Spoon the rice and beans mixture into each jalapeño and place each one in a coconut oil-greased baking dish. Drizzle the jalapeños with the chili pepper oil. Bake for 20 minutes. Serve. 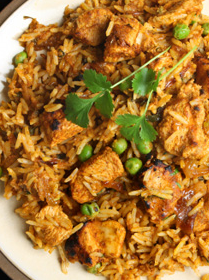 In a medium saucepan, bring the water, 1 teaspoon of sea salt and the saffron to a boil. Add the rice and the cinnamon stick. Cover and reduce the heat, simmering for about 20 minutes. Remove the cinnamon stick after this has cooked. In the meantime, sprinkle the chicken with ½ teaspoon of sea salt. Over medium-high heat, heat the coconut oil in a skillet. Add the chicken and sauté for 55 minutes or until slightly browned. Remove the chicken from the pan. Cover and keep it warm.Then add the onion and ½ teaspoon of salt to the pan. Cover; reduce heat to low and cook for about 10 minutes. Add the curry and the rest of the ingredients through the Serraño chilies and cook for about 3 minutes. Stir frequently. Add the yogurt and cook for an additional 3 minutes or until the mixture thickens, stirring constantly. Add the chicken and the raisins. Cook 4 more minutes. Add the rice and stir well. Sprinkle evenly with cashews and cilantro. Serve. 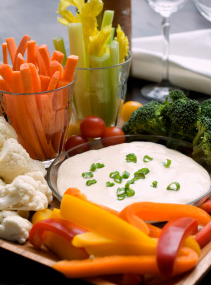 In a blender, blend the cilantro, parsley, mint, jalapeños and onion. Then add the yogurt and mix well. Add the cumin, salt and diced tomatoes. Mix well and refrigerate for one hour. Serve with fresh veggies, sprouted crackers or pitas.

Recipes courtesy of Extraordinary Health Team at Garden of Life

There’s some positive news, however, from the 243rd National Meeting and Exposition of the American Chemical Society. Some hot spices—namely capsaicinoids—may support heart and vascular health.

Capsaicinoids are a family of substances responsible for the “heat” found in jalapeños, cayennes, habañeros and other chili peppers. Research from past studies suggested that spicy peppers can help support healthy blood pressure and cholesterol levels as well as healthy clotting mechanisms in the body.

Additionally, capsaicinoids blocks the action of a gene tasked with making arteries contract and expand—which impacts the flow of blood to the heart and other organs. Another plus was it may also reduce the size of cholesterol deposits that already exist in blood vessels. That’s important because those deposits narrow arteries in ways that can lead to a heart attack or stroke. It can be a heart health plus to heat things up by enjoying capsaicinoids in your diet. 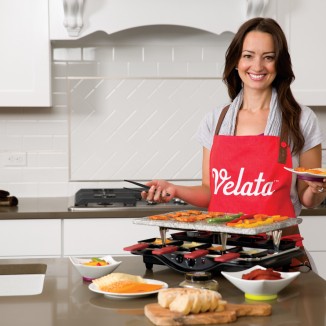 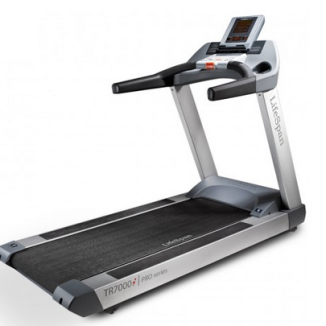 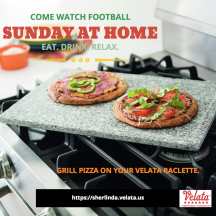 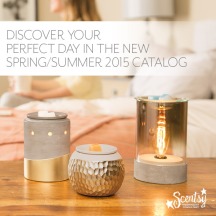 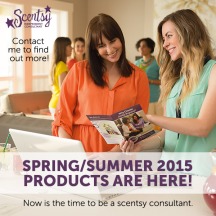 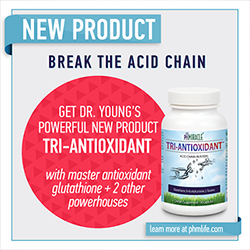